Since the appearance of antibiotics, they have encouraged doctors and people to forget about natural antibiotics and avoid them in the treatment of different types of infections such as those used in ancient times whale liver oil or fish oil.
Over treatment of the infection with chemical drugs also kills beneficial bacteria in the body. This leads to several health problems.
Studies have shown that beneficial bacteria, especially in the intestines, can change permanently due to the use of antibiotics, and this can last for at least several years. 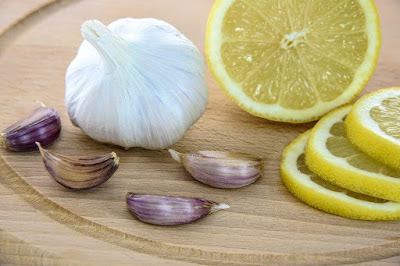 For this, antibiotic-based therapies should only be described in life-threatening situations.
On the other hand, nature offers powerful and effective alternatives, for non-fatal infections such as leukemia, influenza, colds, sinus, and skin infections. There are 10 best natural sources of antibiotics :

There are more than 30 different varieties of oregano, but wild oregano is the most powerful as an anti-infective therapeutic effect. Used for the treatment of foot and nail fungus, parasites, infections and sinuses.

It is a spice that has been used for thousands of years for it’s anti-infective effect, it’s strong therapeutic properties and it’s used as a scientifically proven antibiotic. Specially, pepper which is effective in the treatment of common vaginal infections in women, and pepper oil is effective as an antifungal and bacteria. Pepper is also suitable for home used to kill bacteria that hurt the throat.

Studies have shown that grapefruit seed extract has been registered as a very effective natural antibiotic against the causes of infection. It has been used as a topical antibiotic effective in controlling warts as a home remedy.

Among the best natural antibiotics, garlic which is preferred on a personal level and suitable for internal use. The reason is that it has the ability to kill the pathogen: bacteria, fungi and viruses without harming the beneficial natural bacteria found in the intestines. Garlic has fungal and antibacterial properties as well as viruses. It promotes the growth of beneficial bacteria in the gut, helps prevent fat oxidation, and works as a powerful antioxidant, fights and destroys DNA damage.
Garlic protects against damage from exposure to different radiation and sunlight and fights worms and parasites. It is rich in many foods containing vitamins B and C, calcium, iron, folic acid, magnesium, manganese, phosphorus, potassium, selenium, zinc and beta carotene.

Fresh ginger is a powerful antibiotic against foodborne pathogens, such as listeria and campylobacter, a salmonella. In addition, fresh ginger increases the production of stomach acid, helping to relieve indigestion.
If you are going to eat foods that can transmit diseases such as raw eggs, raw fish, sushi or oysters, it is recommended that you take fresh ginger and use it as a preventative antibiotic.

Many people ignore the benefits and advantages of olive leaves extract as a natural antibiotic. Recent studies on olive leaf extract have revealed that they have healing properties against malaria, as well as their ability to reduce fever during serious health and pressure blood problems. Olive leaves contain alenolic acid, a component of oleuropein, which is a natural antibiotic against not only bacteria, but also fungi and viruses.

Turmeric is a seasoning used in cooking widely in Asian cuisine. Turmeric is also very effective in treating symptoms caused by nasal allergies and fever, and combats several types of cancer.

Honey is an effective antibiotic with great benefits. It has anti-infectious properties. The raw honey is effective against more than 250 strains of bacteria that cause stomach ulcers.

The clove is used in dental procedures. Research is now revealing that clove water extract can be effective against many types of infections and bacteria.