Did you know that a third of the world drinks coffee? Coffee is one of the five most popular drinks in the world along with tea, chocolate, milk and water. Starting the day with a cup of freshly brewed coffee can improve your disposition while the fragrant aroma calms you and its caffeine stimulates you. Indeed, the flavor and aroma of coffee may vary depending on the country or region of origin. 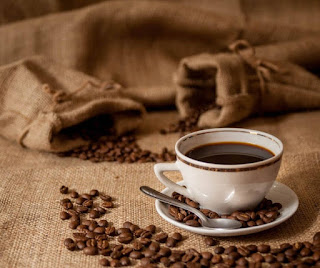 A study has shown that more than 50% of Americans drink coffee every day, usually as a way to start their day at breakfast, and some European countries have even higher figures. Here are the top 10 reasons that encourage you to be a regular coffee drinker.

1. Coffee can reduce the risk of skin cancer

Study shows that women who drink between 2 and 3 cups of coffee a day are less likely to develop skin cancer than women who don’t drink coffee at all.

A recent study found that drinking between 2 and 3 cups of coffee a day reduces suicide incidents in men and women by almost 55%. Among the reasons put forward for this is that coffee has been shown to act as an antidepressant. There are a number of other studies that seem to confirm these results.

3. The aroma of coffee can reduce anxiety and stress

Researchers examined the brains of laboratory rats that showed signs of stress and anxiety caused by deprivation and found that rats exposed to the aroma of coffee showed changes in brain protein levels related to stress and to anxiety. Other studies have shown similar results by examining different specific causes of stress in humans.

Specialists have proven that drinking coffee can help people with Parkinson’s control their movements. They have shown that people who drink regularly seem to be at a lower risk of developing Parkinson’s disease.

A study by the National Institute of Health found that people who drank at least 3 cups of coffee a day were 12% less likely to show signs of depression than those who did not drink it at all coffee. Thanks to the antioxidant levels present in coffee rather than a high level of caffeine.

6. Coffee Can Boost Your Brain

Often a cup of coffee is taken when you are lacking sleep or need to stay alert. This shaking prevents you from falling asleep, and at the same time it mentally sharpens you and improves your reactions. Drinking coffee can help the brain function more efficiently. If you need something to keep you alert and attentive during a long trip, it is true that there are few natural things that can beat a good cup of coffee.

A study of more than 125,000 people found that people who drank at least one cup of coffee a day were up to 22% less likely to develop cirrhosis of the liver and serious illnesses caused by excessive alcohol consumption which may result in the development of cancer or liver failure. A team of scientists has discovered that drinking at least 3 cups of coffee a day may be beneficial in preventing the development of NAFLD.

8. Coffee can improve your physique

Athletes know that a cup of coffee before a workout shakes athletic performance, especially in endurance sports like cycling and running, because the caffeine in coffee can increase acid levels Fat in the bloodstream, which allows sportspeople’s muscles to absorb and burn fat for fuel, saving small carbohydrate stores later in the exercise. This is particularly useful for endurance athletes such as long distance cyclists or marathon runners.

9. Coffee can control the blood sugar level of type 2 diabetes

Des from the American Chemical Society has concluded that type 2 diabetes is about 45% lower in people who drink at least 3 cups of coffee a day. Thereafter, the risk decreases by an additional 6% for each additional cup of coffee consumed daily.